Swims are drawn only once, and any member of the team can perform the draw. Teams that shall not appear for presentation on time shall draw from the remaining swims after the end of the draw. Swims may not be swapped between teams.

Feeding and mapping of the swim may only be carried out from the swim (every team can use only marker or sonar DEEPER). Fishing sectors are delineated using tape, and a sign bearing the number of the swim. Only the organizing crew may enter the sector during the competition. Other persons may enter the sector only with the permission of the team members who have drawn the respective swim.

Points shall be awarded for a carp that weighs more than 3 kg. After such a carp shall have been caught, a member of the successful team shall “ring up” a referee, who shall weigh the fish, take a picture of the person who caught the fish along with an information table, and s/he shall enter the carp into the team’s card, as well as into the referee card. The catch shall be certified in both cards by signatures of the team member and of the referee.

Each team shall have at its disposal at least two sacks for the possible keeping of carp (there may be maximum one carp in each sack), a hook remover and disinfection (klinik, each carp caught shall be properly treated before it shall be released back into water).

Teams consist of two competitors. One team may use no more than 4 rods at any given moment. If a team shall use more than four rods, it shall be disqualified immediately without any reimbursement!

Team Coach (who does not participate in the competition itself) may help his/her team – prepare tackles, bait and similar activities. The Coach, however, may not handle the rods in any manner whatsoever (casting, striking, tackling), but s/he may help with the landing net when landing fish.

Only such assembly shall be permitted for every rod that ensures that, in the event it breaks, the weight used shall be released. The assembly may contain only one tackle and one hook. Barbless hooks are forbidden. The use of boats or bait boats is forbidden. Everything shall be carried using casting (casting is allowed only from the bank of the lake). Caught fish may be tackled from inside the water, but only up to 1 m of depth and no further than 10 m from the bank of the lake.

The bait shall be located away from the hook (the usual bait-on-line method). Feeders may not be used! Feeder rods are forbidden.

The referee may, at any time, check the bait and assembly used, and the team shall, upon the referee’s request, allow for the inspection of the feed used (e.g. in the car, in the bivvy etc.)

Feeding is allowed only from the bank of the lake using hand, hand slingshot, small shovel, basket, rocket (spomb etc.) or cobra. Other feeding methods not listed here are forbidden.

The “catch and release” system shall be followed! Whatever is not allowed in these rules is forbidden!

That team shall be declared winner that shall have the highest sum of three point-bearing carp. One carp caught may be enough to secure first place provided that its weight shall be enough to beat all the other opponents. All ties shall be resolved by considering the heaviest carp caught. If this criterion shall fail to break the tie, the determining factor shall be time when the first point-bearing carp shall have been caught.

Movement and Behavior during the Competition:

All participants, as well as the people accompanying them, shall behave with care and regard to nature and the fish caught. It is strictly forbidden to damage vegetation on the bank of the lake in any manner whatsoever, or to start fire other than in above-ground devices (grill, cooker). After the end of the race, everybody shall discard all waste into the waste bins.

Each time may file a protest if they suspect that the rules of the competition are being violated. Protests, however, may not be filed against the rules themselves. The protest shall be filed in writing, without delay after the suspicion shall have been raised to the hands of the Head Referee (preferably including evidence in the form of photographs or videos). Protest filed in another manner shall not be considered, and no referee shall deal with them. Protests shall be dealt with by the Protest Committee.

Map of the Lake 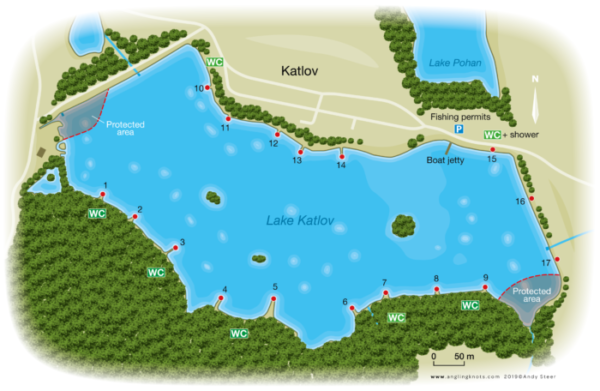 The Organizer reserves the right to alter the Rules if it shall become necessary.

All participants of European Carp Championship for Juniors 2022 participate in the competition at their own risk, and the Organizer shall not be liable for any damage caused or incurred. All participants hereby certify that they have been introduced to the conditions of the Championship, to the location of the  Championship, and they shall ensure, at their own expenses, such protective equipment as will reduce the possibility of injury or drowning.

There will be official photographers and camera-people present for the entire duration of the event. All participants of the competition shall be fully available to them and comply with their wishes. By virtue of signing the registration form, all participants grant their permission with their images being taken without right to remuneration for the use of such images for commercial purposes. 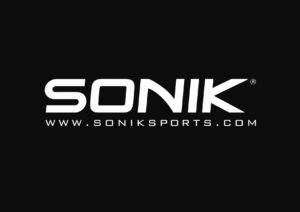 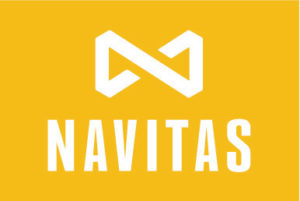 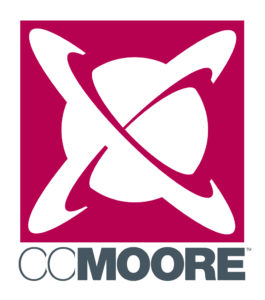 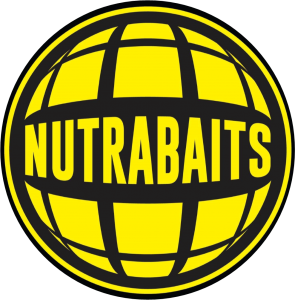 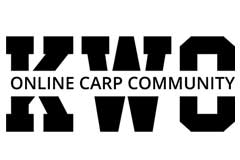 We use cookies to make you user experience of our website as good and enjoyable as possible. Your continued use of our website implies your consent with the use of cookies.I agreeMore